Analysis released today by retail data consultancy the Local Data Company reveals that in 2020, the number of vacant units in the City of London increased by 47% from 174 at the end of 2019 to 255 at the end of 2020, as workers stayed home during the COVID-19 pandemic and footfall fell across the district.

This equated to an increase in vacancy rate in the City of 3.5% in 2020 compared to an average increase of 1.3% for Greater London and 1.6% for the whole of GB. Vacancy is now at the highest level in five years in the City, which reflects how this location has been impacted more by COVID-19 than the rest of London and GB as a whole. Retail stock here is densely supplied with food to go units, pubs, bars and restaurants, usually serving the busy working population, which for almost a full year, have been working from home, often in the outer, more residential areas of London.

54% of all closures seen in the City in 2020 were hospitality and leisure units, of which 83% were national chains. (See Figure 2 & 3 for more information). Chains have been hit hard by the pandemic, especially those which rely on trade across central London. Many brands have had to rationalise their London estates, especially in locations where footfall has declined significantly.

“The City of London has been dramatically hit given that the vast majority of the worker population, on which these businesses are almost solely reliant, went away overnight as the Government’s initial work from home order kicked in. The fact that a significant number of retailers deemed ‘essential’ have chosen not to open in this location throughout various lockdowns, despite their ability to trade, is a further indication of just how low current consumer demand is in the City. However, looking forward we might expect that once people are able to safely return to offices, the need, and demand, for this supporting economy will return just as quickly as it went away, presenting a real opportunity for agile operators especially in those key categories such as take away food shops, bars and restaurants.” 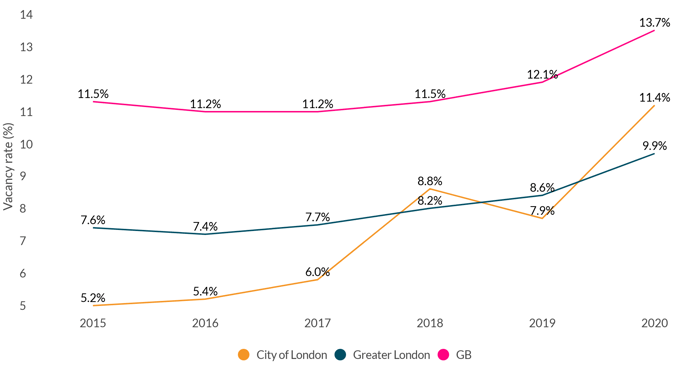 CLOSURES ACROSS CITY OF LONDON BY RETAIL CATEGORY (TOP 10 ONLY)

VACANT UNITS IN CITY OF LONDON BY PREVIOUS OCCUPER CATEGORY 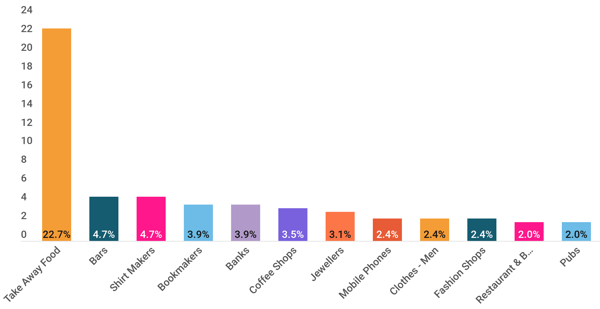 Figure 3: Percentage of total vacant stock by subcategory of previous occupier in the City of London. (Source: Local Data Company)