Data released today by the Local Data Company and the British Independent Retailers Association (Bira) shows that 2018 saw growth in the number of independent stores in shopping centres, with 1,951 new openings leading to a net gain of +87 (+1.1%) compared to a net decline of -88 in 2017 (-1.1%). Independent retailers played key role in replacing the net loss of -811 chains in shopping centres - due to retailers rationalising estates. Shopping centre owners are becoming increasingly creative with vacant space, splitting it into smaller units which are more suitable for independent occupiers.

The analysis, which reviews changes across more than 313,000 independent businesses across Great Britain also found that overall, independent retailers opened 4.5% more shops in 2018 than in 2017. This number was offset by a record number of stores closing (35,524), which led to an overall net decline of -1,013 shops. However, this is a 32% improvement from the decline of -1,483 shops in 2017. Losses were offset by Leisure categories (cafes, restaurants, bars and pubs) and Service retail categories (hairdressers, barbers and dry cleaners) which were the only categories to see growth in 2018, with a net increase of +710 and +992 units respectively.

A key area of growth in the independent sector was Barbers, seeing an increase of +803 units. This represents a +7.3% net increase in numbers in the 12-month period. Barbers have been growing for five years straight and 2018 saw growth accelerating 30% from the +619 net increase in 2017. 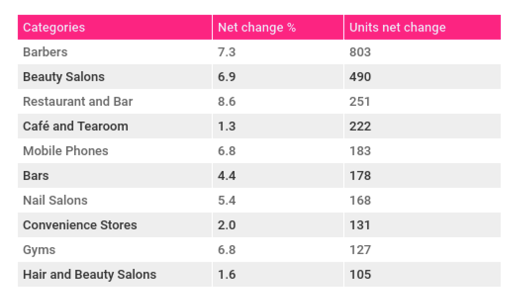 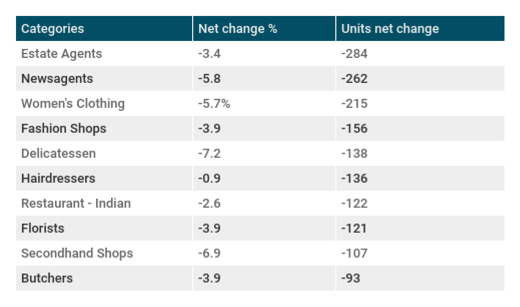 Percentage of independent stores by GB regions and nations 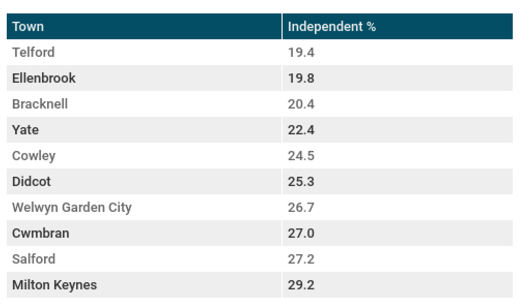 Change in numbers of independent businesses by location type

“2018 saw many well-known brands exit the high street and rationalise estates of bricks and mortar stores. A by-product of this activity was a plethora of units in prime locations coming into the market, which agile entrepreneurs have been quick to reoccupy. This, combined with more a creative approach to property by shopping centre managers has resulted in a new breed of independent shopping centre occupiers. Increasing independent businesses in these assets has benefits for the owner, bringing diversity and differentiation into the retail offer. For independent business owners, the benefits include increased footfall and access to marketing via promotional websites and campaigns.

In the coming months and years, we expect a similar pattern for retail parks. Whilst historically they have hosted big-box brands with large stores, recent challenges for retailers in this market will force retail park owners to review the structure of their assets, breaking up larger units up to attract a new type of retailer and make units for viable for independent retailers.”

“Seeing growth in certain areas is encouraging to see. We’ve certainly noticed the increase in service-based retail. Even traditional retailers are seeing the benefits of diversifying and offering a service in their store that consumers can’t get online - whether this be key cutting, coffee, treatments or even workshops and demonstrations.

“However, the overall net decline of -1,013 shops shows independents are struggling. Business rates continue to be a huge burden on independent retail businesses. On top of this parking in town centres is reduced and often very expensive, there is poor infrastructure and there has been a lack of local authority vision and investment. We will continue to fight to level the playing field for retail as a whole and allow bricks and mortar retailers the chance to compete with online.”

For more information on the GB retail and leisure market, including independent and multiple businesses, download our latest free report by clicking the image below. 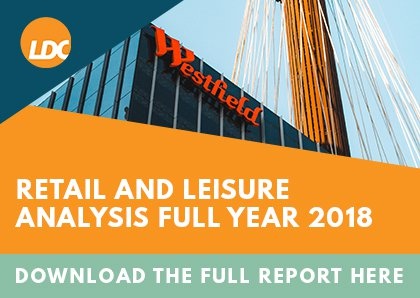 Despite the COVID-19 pandemic causing mass closures across the GB retail and leisure landscape, there were still 31,405 openings of independent units ...