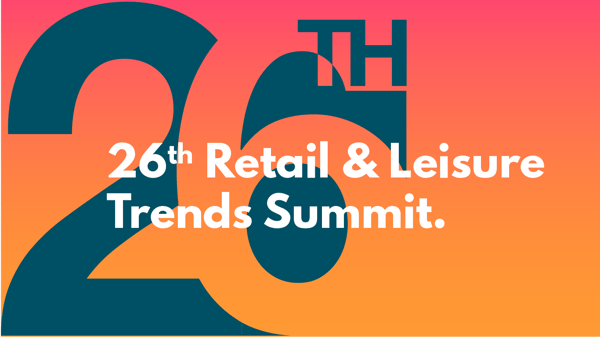 Returning for LDC's first physical event since 2019, hosted by Natwest

REGISTRATION FOR THIS EVENT IS NOW CLOSED

Welcome from NatWest, Head of Retail and Leisure

LDC Commercial Director Lucy Stainton and Head of Insight & Analytics Ronald Nyakairu will be joined by a panel of industry experts who will answer your questions and keynote speakers who will share their own insight into what the future holds for the sector as it continues to evolve.

This summit will provide clarity on the current state of the GB retail and leisure market, and what this means for occupiers, landlords, central and local government, investors and changemakers across the industry.

Find out more about our speakers and panellists by clicking on the images below.

Lucy joined the Local Data Company with experience from her time at CACI and now heads up the commercial strategy across the retail, leisure, advisory, investor, and private equity verticals. Lucy took the role of Commercial Director in 2021 and is responsible for the commercial running of the business, heading up the Sales and Marketing team. With her years of experience, Lucy’s insights have been featured in publications such as Sunday Times, BBC, Guardian, and others. Outside of the Local Data Company, Lucy is a long-term supporter of retailTrust, the leading industry charity and having most recently been Chair of the organising committee for the retailTrust London Celebration, is now an ambassador.

John Hoyle is an entrepreneur and real estate professional focused on developing social ventures for profit in the UK and beyond. After a career as a Platoon Commander with the British Army serving in Germany, Iraq and London, John became a development manager in Abu Dhabi, and - on his return to the UK - worked for the London Organising Committee of the Olympic Games, and Grosvenor Estates.

John founded Sook in 2019 to address the acute problems facing the UK High Street. In particular John was interested in addressing the imbalance in the relationship between landlords and occupiers so that both sides could thrive in a much fairer and mutually beneficial way. Since then, John has opened Sook spaces on London’s Oxford Street and South Molton Street, in Livat Hammersmith, Southampton, Cambridge, Birmingham, Leeds, Gateshead, and Edinburgh, with significant UK and international expansion planned for 2023 and beyond.

He lives in Cambridge with his wife and young son.

Miranda is the MD of Treatwell for the UK & Ireland, she has spent the last decade leading various technology organisations through inception to scaling globally. She has specialised in Sales, Market Expansion, Operations, and various Leadership roles. Her passions lie in mentoring young women and supporting small businesses, these factors coupled with her love for hair & beauty made her the perfect fit for Treatwell. She is playing a key role in transitioning the business from Marketplace focused offering to a software first proposition - ensuring that Treatwell's current and future digital products genuinely meet the needs of salon owners throughout the country.

Board, Mothercare PLC and Ikea

Board, Mothercare PLC and Ikea

Board member of Mothercare Plc, IKEA’s global Supervisory board member, and Pockit, the neo digital bank.

Mark has worked in retailing, both in the UK and international markets, for over 35 yrs. His career spans digital and physical retail working with some of the leading global brands. He has guided the transformation of retail businesses from a physical retail bias to a digital one, reshaping, growing and modernising the organisations along the way.

Mark started his career with NEXT, where he spent 18 yrs in various management roles ultimately becoming the Director of Next Directory, he was one of the very early adopters and pioneers of online retailing taking NEXT online in the late 90’s. He went on to become the Group CEO of Shop Direct Group, leading the merger of the Littlewoods and GUS businesses, the UK’s largest catalogue and retail business. He divested the physical store businesses and transformed the group over a decade into the pure play digital business known today as the Very Group. Over the past 6 yrs he has led Mothercare plc through significant restructuring, from being a physical retailer, to today, a global franchise brand trading in over 40 countries. He now sits on the board of Mothercare as an NED.

He is a member of the Global Supervisory board of IKEA ( INGKA ), sitting alongside the founding Kamprad family and is also a founding investor and board member of Pockit the fin-tech digital bank.

Mark sat on the board of the fast fashion brand Boohoo pre it’s IPO on AIM and stayed with the business for 3 years thereafter.

He was the Chairman of the Graduate Fashion Week charity and foundation. Putting on the equivalent of London Fashion week for Graduates, showcasing the work of the most talented UK and international students. He stepped down last year after a 5yr term.

David has been National Head for the NatWest group Leisure and Retail sectors for the past five years. The sectors capture a diverse range of clients range from multinational, FTSE 100 listed entities through to new ventures at the start of their business journey. David’s purpose led strategy seeks to ensure we champion potential, helping people, families and business to thrive. Delivering outcomes that support a just transition to a low carbon economy, remove barriers to help the economy build back better and to help deliver insights and learnings for our customers and colleagues.

During his time with the NatWest group David has held wider roles in our Strategic Risk Appetite team, Structured Finance and Lombard.

Chris has been a passionate supporter, advocate and champion of UK retail across his entire career.

Prior to joining the Retail Trust, Chris was the Managing Director and Senior Vice President of Retail Week - the most influential media brand in UK retail – and the World Retail Congress, the single biggest gathering of global retail’s leadership each year. Chris led these brands, as editor in chief or more recently as MD and SVP for ten years, transforming the business from a weekly print title, into a digital-first information and global events brand that continues to sit at the heart of global retail by delivering on its mission to inform, connect and inspire the leaders that continue to colour this great sector.

Before he joined Retail Week, Chris was a pioneer in the age of digital information, launching his first online news service in 1999 for the FMCG sector. He has edited and led a number of intelligence and information media brands in industries as diverse as agriculture and automotive but has specialised in media brands that serve consumer-facing industries all his professional life.

Chris is a passionate campaigner for the positive impact of retail on the UK economy as well as a leader in the fight for diversity in business, having been recognised by both the Women’s Business Council and Management Today as an agent of change by fighting for gender equality in business leadership.

He has a passion for sport, music and whisky and in 2009 was inducted into the Keepers of the Quaich for services to the Scotch industry. In 2016, under his editorship, Retail Week was named Business Media Brand of the year.

REGISTRATION FOR THIS EVENT IS NOW CLOSED

If you wish to contact us please email marketing@localdatacompany.com 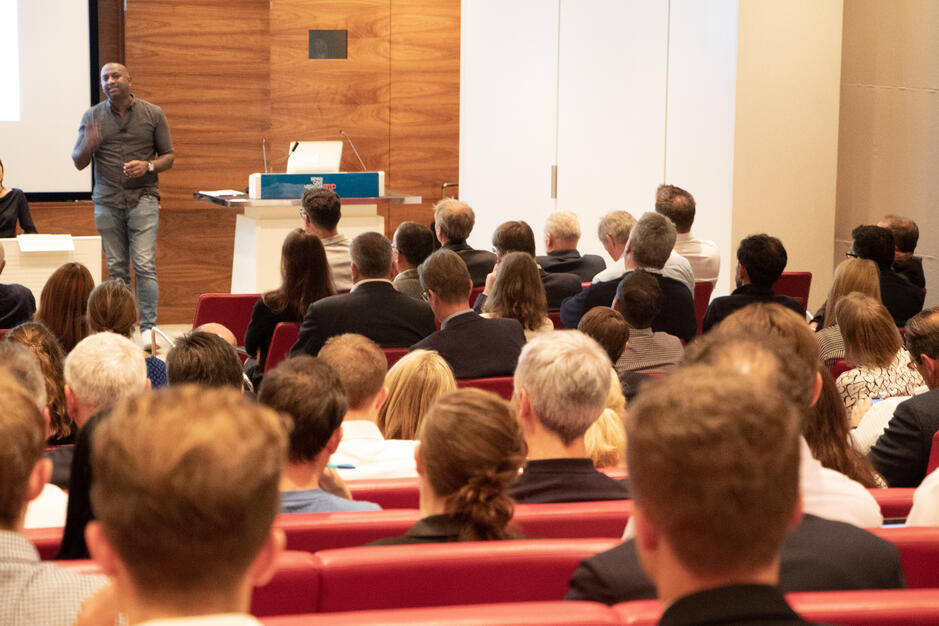 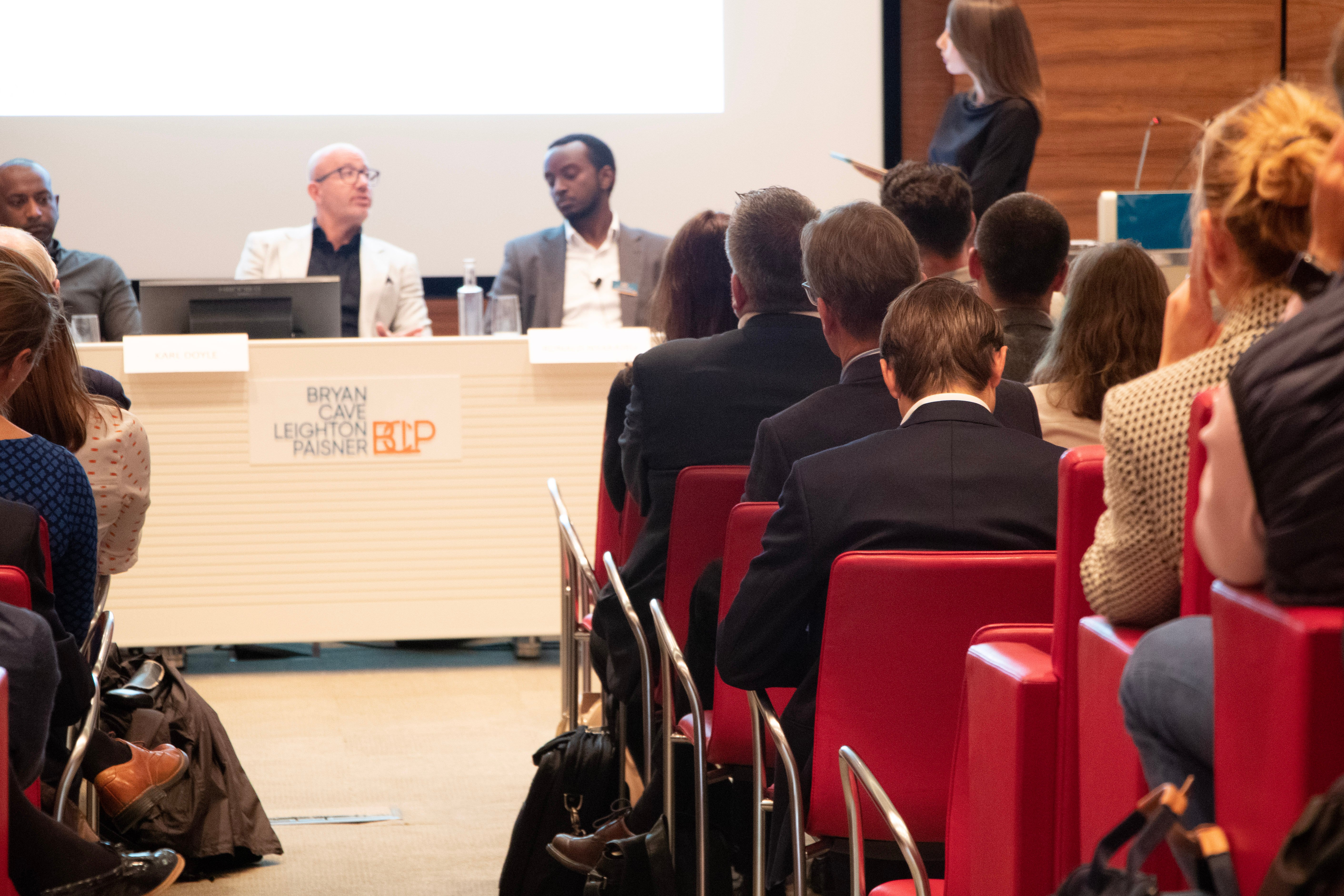 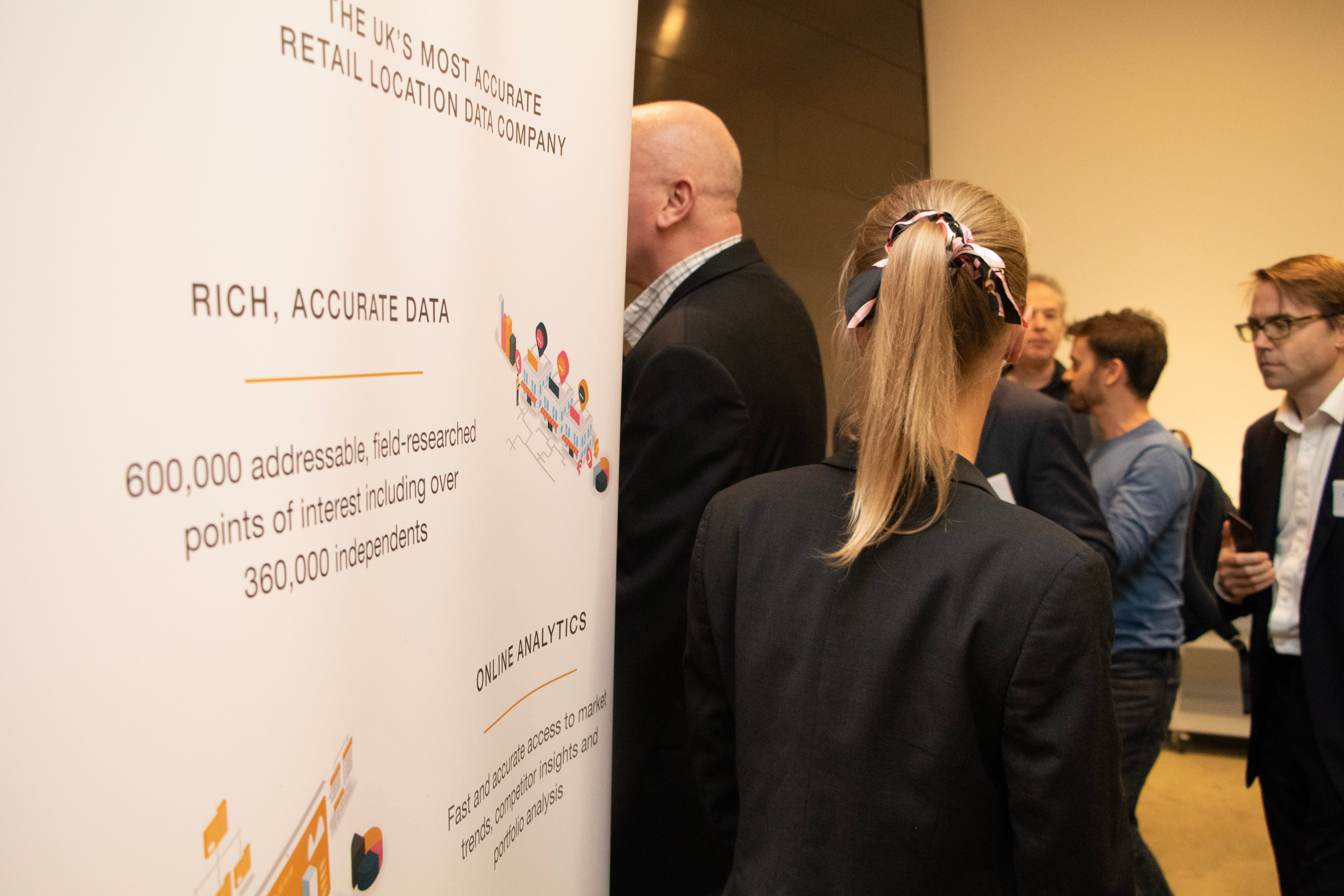 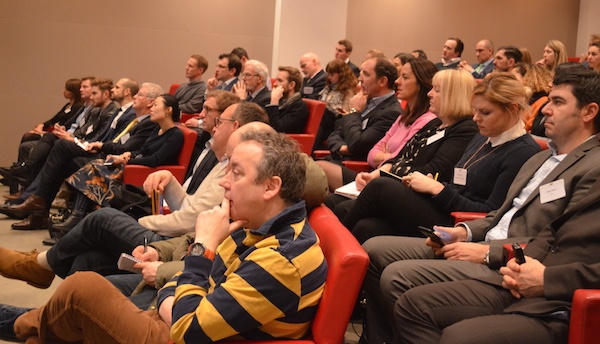 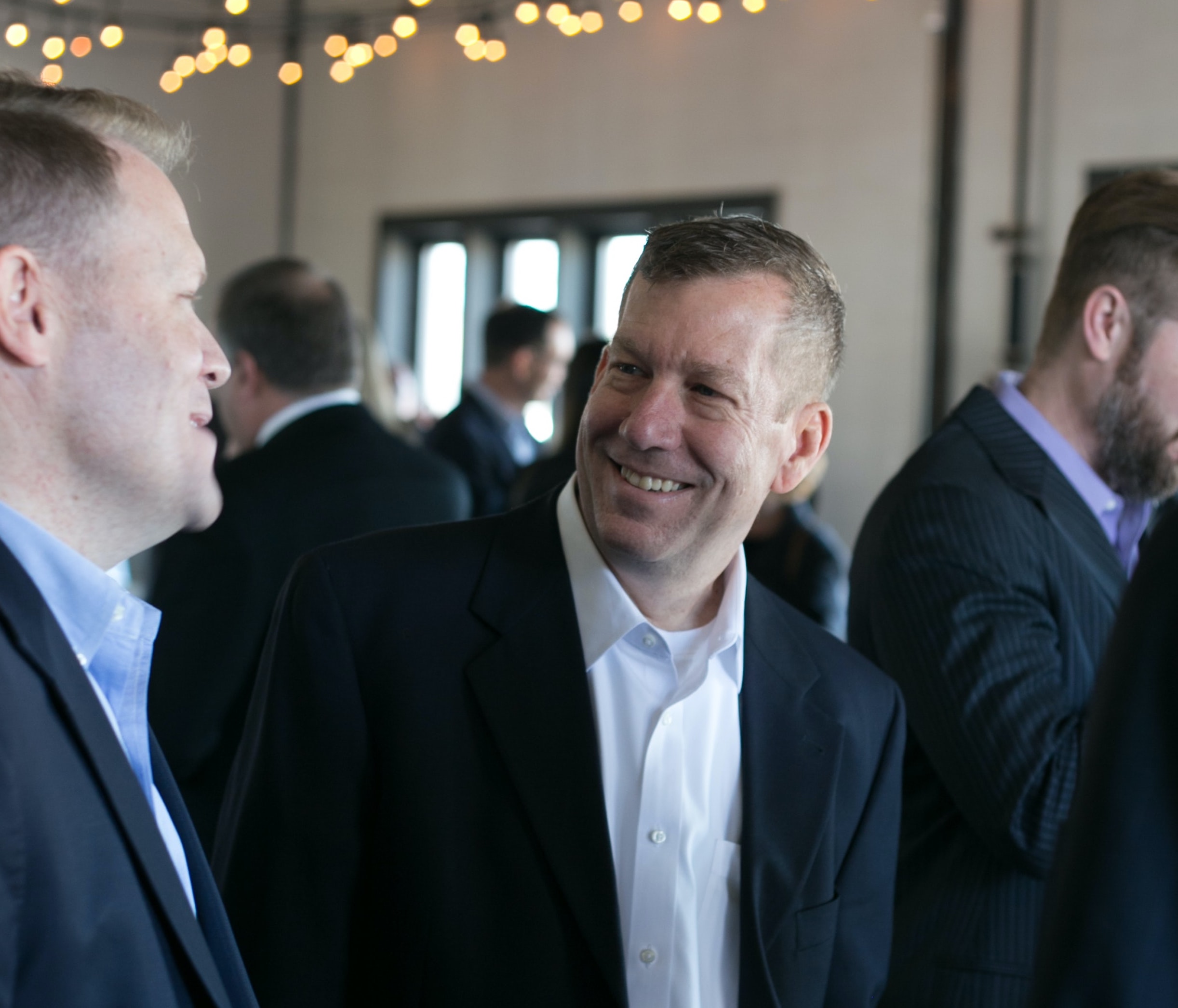 Read our latest articles featured in our Insights Hub by clicking below.

Our recent online events have attracted some of our largest audiences yet, but we are thrilled to be returning to an in-person summit for the first time in three years.

Join us at the NatWest offices on London's Bishopsgate on the 22nd of September 2022 at 2:30pm, as we share our much-anticipated analysis of retail and leisure trends over H1 2022.

Discover our latest analysis, meet our expert panel and network with senior leaders from across the sector.

*Local Data Company needs the contact information you provide to us to contact you about our products and services. You may unsubscribe from these communications at any time. For information on how to unsubscribe, as well as our privacy practices and commitment to protecting your privacy, please review our Privacy Policy.