The impact of home working on city centres

Office workers formed an integral part of pre-COVID city centre economies: the reliable stream of Monday-to-Friday trade was a safe bet for the right brands. Coffee chains, quick-service lunch spots and corner shops could bank on high foot traffic, and restaurants and bars could align themselves to capture the post-work crowd.

The first work-from-home order in 2020 was something of a novelty at a time when it was unclear how long the pandemic would last. In the months to come, as cases climbed and fell, and restrictions came and went, it became clear that the change in working habits would last beyond lockdowns. A full recovery of city centre footfall looked less and less likely. But what was the extent of the impact of home working on Britain’s major working districts, and what is the outlook for city centre retail and office markets? To clarify the relationship between offices and the wider market in some of the nation’s largest city centres, we have compared our total vacancy data from March 2019-August 2022 against Colliers’ Offices Snapshot reports over the Q1 2019-2022 period.

Total vacancy rates across high office density areas* rose by 4.9% from March 2019 to August 2022, tracking noticeably higher than the GB average increase of 2.4% for the same period. London’s office districts were some of the worst affected: the City of London saw a 15.9% increase in overall vacancy between March 2019 and August 2022. Across most city centres in this analysis, office vacancy rises in line with total vacancy, reflecting a close link between office worker trade and the overall economic strength of the area. 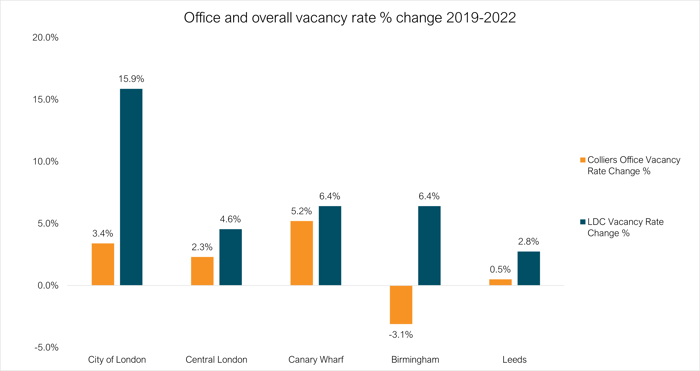 In a reflection of the dominance of its working population, Canary Wharf saw the highest increase in office vacancy, up 5.2%, and the second-highest increase in overall vacancy, with 6.4%. The number of larger office sites could have been a roadblock to reoccupation, given the assumption that companies would be looking to downsize. However, although speculative development came to a halt during COVID, demand for quality office space has endured. The ongoing diversification of Canary Wharf— both in terms of the sectors present in the area and the properties available— will allow it to capture this demand for prime office space and attract new tenants looking for smaller offices. The Elizabeth Line station at Crossrail Place, which also hosts 100,000sq. ft. of retail and leisure, has further boosted the area’s appeal for office and retail occupiers.

Birmingham saw an especially sharp increase in overall vacancy: 6.4%, second place alongside Canary Wharf. Birmingham’s vibrant spread of retail and leisure across its arcades and shopping centres was struck by major store closures and reduced footfall from workers and out-of-town visitors.

In contrast, Birmingham’s office market remained buoyant from Q1 2019-2022, with a decrease in vacancy of -3.1%. This discrepancy between office and overall vacancy rates points to a disconnect between the office market and local retail and leisure. Indeed, Birmingham’s appeal extends far beyond its office provision: for a city that usually welcomes around 41.8 million tourists per year (Source: Completely Retail), restrictions to domestic and international tourism were especially devastating for local retail and leisure. As retail bounces back, Birmingham’s office market is still thriving: this year to date, it saw its highest number of office transactions since 2019 (Source: Colliers Regional Offices Snapshot Q3 2022).

Leeds only saw a 0.5% increase in office space vacancy in the Q1 2019 to Q1 2022 period, alongside a 2.8% increase in overall vacancy, both modest increases compared to London and other regions. As Yorkshire’s principal shopping destination, Leeds also has a base of local shoppers alongside workers and visitors. The Northern Powerhouse city has been further bolstered by ongoing investment and development across its diverse economy.

Prime office rents in Leeds have largely remained lower than those in other markets. Coupled with the increase in Southerners moving North for a lower cost of living, Leeds’ status as a corporate hub that offers good value for companies and workers serves it well. However, the availability of new build Grade A space in Leeds is scarce, having fallen to 2% of stock in Q3 2022. However, 455,000sq. ft. of speculative development is set over 2023 across 11-12 Wellington Place and Aire Park (Source: Colliers UK Regional Offices Snapshot). Despite wider economic pressures, including mounting construction costs, demand for Grade A office space remains especially high. Companies are looking for flexible, sustainable offices, those that can fit the role of the modern office as a space for collaboration and attract workers back while meeting ESG commitments. Challenges will arise, however, where speculative development fails to keep up with demand for best-in-class space.

A connection does emerge between office working and the performance of local retail and leisure. In areas with a more diverse appeal, where tourists and visitors speak for a greater share of spend, this connection may be weaker. Restrictions on travel and hospitality, for example, were just as impactful in terms of trade, if not more impactful in some of these locations.

For all consumers, the cost-of-living crisis continues to bring down discretionary spending— even if workers have returned to the office, they may be spending less. As a challenging winter looms, greater awareness of the cumulative cost of weekday purchases could impact trade from workers across city centre stores and leisure venues.

For many companies, offices have shifted focus to become hubs of collaboration, and occupiers are looking for up-to-date spaces that suit the needs of the modern workforce. This activity may slow amid economic difficulty, and where office transactions are concentrated around new or refurbished spaces that meet current standards for sustainability, the gap seems to widen between the primary and secondary office markets.

The pandemic has already encouraged occupiers to match the more focused and intentional way we interact with city centres. In the face of economic headwinds, this post-pandemic attitude of adaptability could provide some support to the sector over Q4 and into 2023. 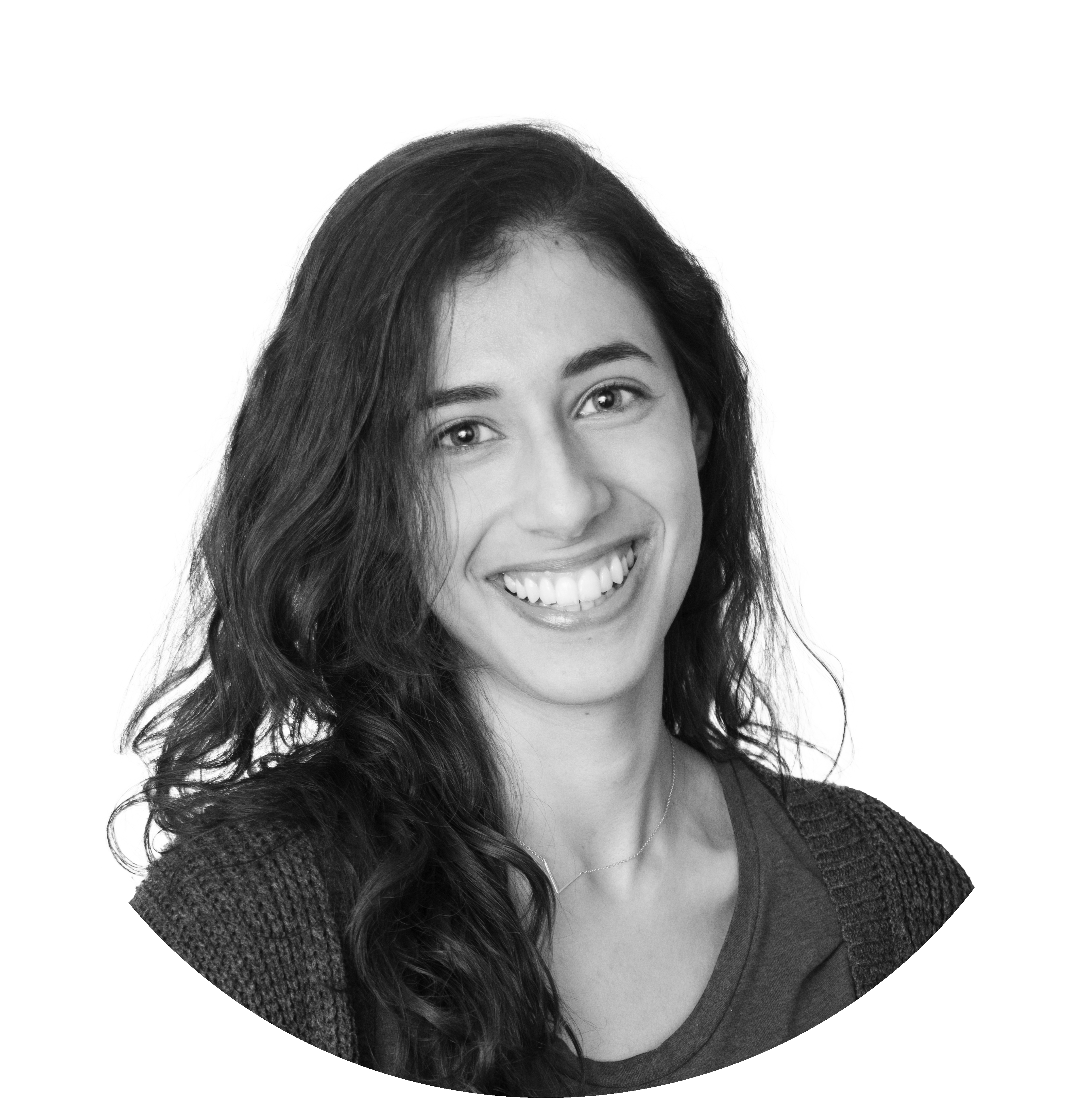 When its doors first opened in 2007, Coventry’s IKEA was one of the first of its kind – the inner-city store. Along with Southampton, it’s remained ...