The first six months of 2021 saw the independent store market return to growth (a net change of +804) for the first time since H1 2017. There were more openings of independent stores than closures, as the sector was boosted by consumers opting to stay and shop locally. The latest LDC data shows that government support such as furlough, the moratorium on tenant evictions and business rates relief, which has been extended until March 2022 (66% relief from 1st July 2021), is having the desired effect. However, when support ends next year, the market could see increased closures. 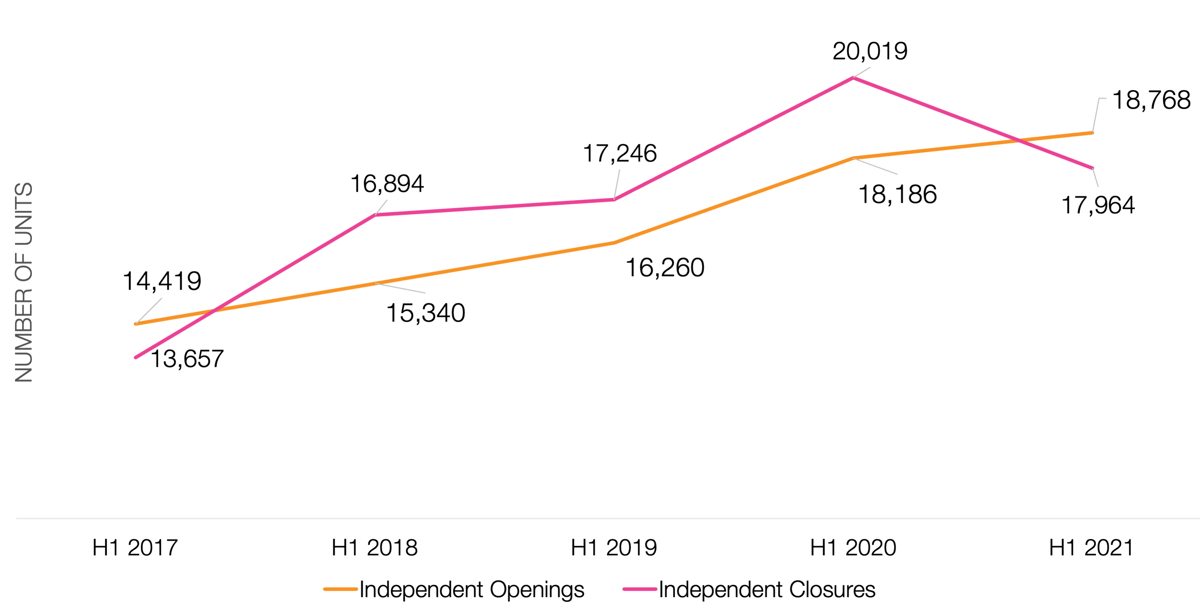 Growth in the independent market was driven mainly by food retailers; convenience stores, grocers, takeaway and leisure operators such as cafes and fast-food units.

This is in stark contrast to the significant loss in units seen across the chain retail landscape, which saw a net loss of 5,251 in the first six months of 2021. This was an improvement on the figure for H1 2020, but still significantly higher than pre-pandemic losses. As a result of the reduction in multiples, independent occupiers have had access to an increased volume of vacant units, often with attractive deals from landlords including rent-free periods and capital expenditure contributions to encourage take-up of empty units. 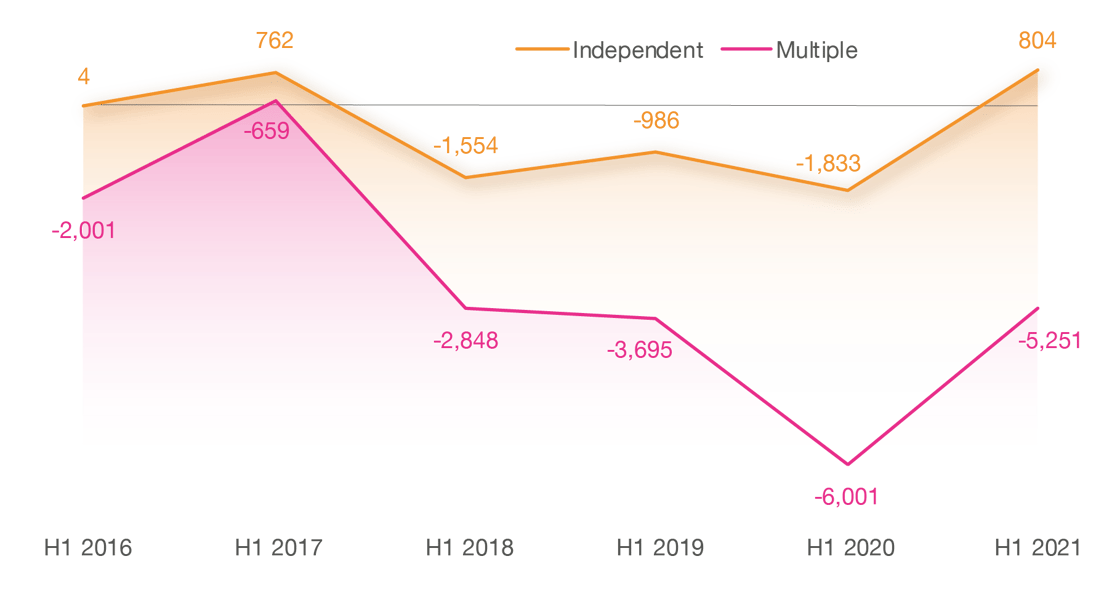 “For the first time since the onset of the pandemic, there may be some cause for optimism when it comes to the performance of our high streets. The latest LDC figures show a slowdown in the speed of decline, with store losses far more significant in the first half of 2020 when compared to 2021. Interestingly, the independent sector has returned to growth for the first time since 2017 as the number of closures dropped and openings have steadily increased year on year, boosting the overall figures.

"We can attribute this improved performance to a few things; the success of government support schemes which will remain in place until March 2022; the growing appetite for categories such as take away food and convenience stores, boosted by several lockdowns, and a consumer which is increasingly concerned with the provenance of products, sustainability and supporting local businesses. Independent operators are also benefitting from the volume of available units, many of which come with attractive deals from a new market of shopping centre landlords who are now looking to the independent sector to fill the significant number of stores being vacated by chains.”

Shop closures have hit record levels with over twice as many net store closures in the first half of 2020 in comparison to last year, according to ...