Data released today by the Local Data Company (LDC) and the British Independent Retailers Association () shows that traditional independent shops opened significantly more shops than in the same period last year, whilst the national chains (with more than five stores nationally) continued to see a fall. Independent shops saw an increase of +762 shops (+0.27%) in H1 2017. This is a significant rise from the net increase of +4 shops (+0.00%) in H1 2016. A net increase of +562 units in H1 2017 on the high streets was one of the main drivers in the growth of independent retailing in H1 2017, with this being a +181% increase from the +200 unit growth in H1 2016.

Independents account for 65% of all retail and leisure units in Great Britain, the same as in H1 2016. 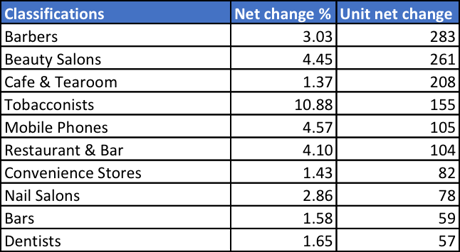 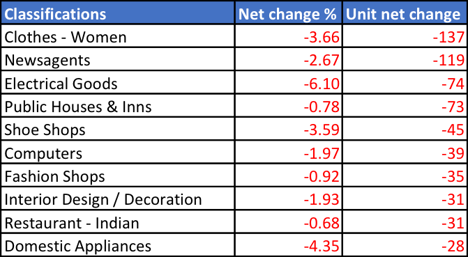 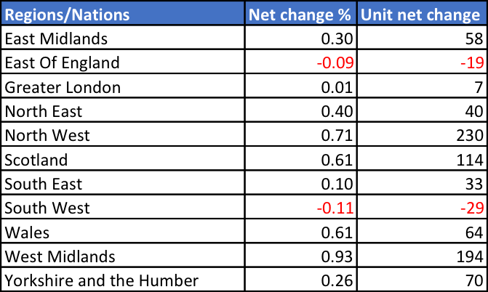 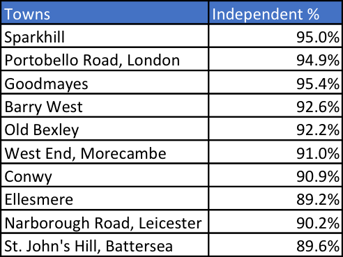 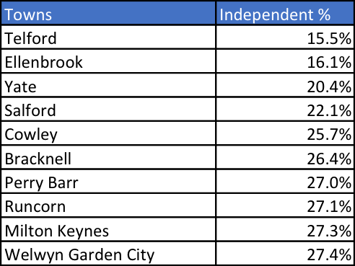 Change in number of independents by location type

Table 6. Net change in number of Independents by location type across 3,000 in and out of GB town locations (Source: LDC)

“The first half of 2017 has seen remarkable growth in the opening of independent shops and food and beverage outlets across Great Britain, with a net increase of +762 new trading stores. This is significant in what is a challenging environment and where many chain retailers are closing stores.

Of note is the 10% reduction in overall activity (openings and closures) as this reflects increasing uncertainty in the market or where opportunities to invest are reducing. As the numbers show, independents are an increasingly important stakeholder in every town centre up and down the country and therefore an understanding of how they are performing is key. 65% of all the retail and leisure units across Great Britain are independents and this number has increased in recent years. The internet, customisation and providing a personal service is something that will fuel the openings of independents on our high streets.

History, however, tells us that independents also have the propensity to change rapidly from growth to decline due to the marginal nature of some businesses, shorter lease lengths and wider impacts of changes to the costs funding. For now, it is a good news story and one that we should celebrate and support.”

“It’s good to see independents and the high street in particular, leading the way in net unit growth for the first half of 2017. The courage and we hope skill of the independent entrepreneurial spirit will fly long after the prophets of doom are silent.

The predictability of the growth areas is perhaps a little disappointing being centered on the areas where the customer has to be present, but let’s not knock that, barbers, nails and a cup of coffee all help footfall and give even the harder pressed comparison goods shops a chance to wave their retail magic.”

Note: The total number of independent businesses covered in this research across GB was 288,259

"Across GB the state of the grocery market is one of a changing landscape, with the previously clear divisions between supermarkets, convenience ...