Manchester to London. Cycling. In a Day. 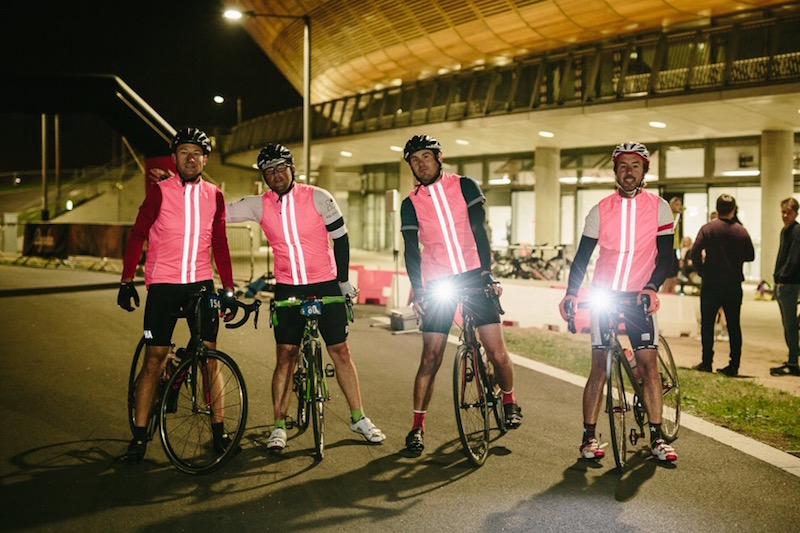 A month ago, Barnaby Oswald (Managing Director at The Local Data Company) took part in an incredible charity event which involved cycling from Manchester to London...in a day! Yes, that's 220 miles in a day! Read about his experience and observations from the challenge below...

On Sunday 6th September 2015, as the dawn was about to break, I set off from the Manchester Velodrome, the heart of cycling in the North, with three friends - and then tested our friendship. For our aim was to travel the backbone of England before finishing at the new home of cycling in the South, the Olympic Velodrome.

To give some perspective – it is 220 miles from one velodrome to the other. And sat at the beginning of this epic task is the Peak District (clue is in the title) – which Simon Mottram, founder of Rapha (the iconic cycling / clothing brand and sponsor of Team Sky), explained was very apt as living with autism is hard – and by taking part in the Rapha Manchester – London ride, we would be raising money to support Ambitious about Autism.

In fact the speeches made by Simon Mottram and the team from Ambitious about Autism were deeply moving and inspiring. We were going to suffer for a brilliant cause. The charity is particularly close to Simon’s heart as he has a son, Oscar, with autism and has been helped enormously by Ambitious about Autism - the charity behind TreeHouse, the school that Oscar has attended since the age of five.

So why is our support so vital?

The money we raised will help to make a huge difference to the lives of the 1 in 100 children and young people with autism in the UK. That is around 100,000 children, with around half a million family members directly affected by the condition.

And it is a small scale charity – so our efforts would make a measurable difference – which makes it even more inspiring.

15 hrs and 40 minutes of pain. I took up cycling less than a year ago – this was truly testing my stamina and ability to its very limit.

All in all an amazing, memorable day – I recommend it to all.

The big question now is – what on earth are we going to do next year to raise money for Ambitious about Autism?

Answers on a postcard please…

Merry Christmas and a Happy New Year from LDC

With only 2 working days to go, we would like to take this opportunity to wish everyone a very Merry Christmas. As is tradition at LDC, we don't send ...

How can we fully understand GB places in today's complex landscape?

On a sunny day back in May, we held our second ‘Retail Leaders’ Forum’ event in conjunction with the Saïd Business School in Oxford. These events are ...

Yet again, according to the latest figures from Kantar Worldpanel, Lidl can be heralded as the fastest growing UK grocer. In their latest data to 12 ...