Last week we held our 13th Retail Health Summit at the London offices of Berwin Leighton Paisner and published its latest report on Great Britain’s vacancy rates from the second half of 2015. The report titled ‘Restructure and Recovery’ analyses 2,179 towns, shopping centres and retail parks that LDC visited in the second half of the year. It provides the most comprehensive insight into the health of the country’s shopping destinations and how they are changing.

"2015 was an encouraging year for the overall ‘health’ of our town centres, retail parks and shopping centres." 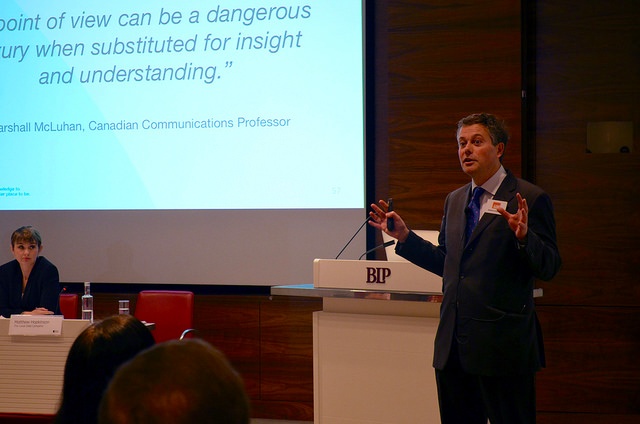 More images from the summit can be found here

There was evidence of recovery as a result of stronger consumer confidence and early signs of restructuring and regeneration having a positive impact. The health of our ‘high streets’ should always be a reflection of the economy that they exist within. This is both at a micro and macro level with employment rates and weekly average earnings being significant at the micro level, and interest rates and inflation being examples of macro influencers.

The wide improvements in vacancy rates across the country are a result of more shops being filled rather than a reduction in the overall stock. In part this is due to the significant expansion in leisure (food and beverage, and entertainment) outlets that continues at a pace but has raised concerns of a bubble.

Other reasons have been significant regeneration and developments reaching completion. Examples in 2015 include Friars Walk in Newport, The Broadway shopping centre in Bradford, Grand Central in Birmingham and East Point Retail Park outside Nottingham are but a few examples. In addition to these schemes, hundreds of town centres have received significant government funding for the regeneration of their high streets since 2012, when a number of reports were published on the subject, including the Portas Review and Grimsey Review.

Investment activity in ‘secondary/community’ shopping centres has been strong, with the new owners investing in the improvement of the public realm around these locations. This has made them more attractive sites for retailers and shoppers. NewRiver Retail and Tristan Capital Partners are two examples of active landlords in this space.

Whilst high streets and shopping centres have seen solid improvements in their occupancy rates, it is the retail parks that really stand out as the destination of choice for many retailers, with Next being the most expansive occupier for many years on out-of-town parks. Retail parks are bigger and more diverse than ever before, with retail and leisure offerings, free parking and better logistical structures for retailers in the world of Total Retail – in-store, online, mobile and click and collect.

As I have stressed in the past, there are wide differences by location and asset class up and down the country. So for a number of towns and shopping centres times are still very challenging, with towns such as Dewsbury, Hartlepool, Walsall, Bootle, Bolton, Burslem and Wigan all have one in four of their shops lying empty. Many of these centres you will note, are north of the Watford Gap and this persistence of vacancy comes out clearly when we look at the key location health indicator of how long shops lie empty. For the North East, North West and West Midlands, they all have significant issues in the number of long-term vacant units where over 6% of their total stock has been vacant for more than three years whilst in Greater London the number is just above 2%.

"Britain has too many shops, and we continue to build more, and many areas are blighted by this fact as seen by the thousands of shops that have no prospect of ever being reoccupied."

So 2016 has the potential to be another year of improvement if employment and wages continue to rise, and interest rates and inflation remain low. The fact, however, remains that Britain has too many shops, and we continue to build more, and many areas are blighted by this fact as seen by the thousands of shops that have no prospect of ever being reoccupied. Opportunity knocks for those who know where, what and how this is best done at the micro level.

"2016 could go either way in terms of the vacancy rate rising or dropping."

2016 could go either way in terms of the vacancy rate rising or dropping as there is so much uncertainty for consumers and retailers with BREXIT and the impact of the living wage. Will more leases not be renewed, will more retailers poor profitability and being tied to long upward only rent leases take more down the CVA route as it appears likely with BHS. The retail economy is a fluid and fragile one that can rapidly change from boom to bust. Therefore tracking it is key to success - forewarned is forearmed! There is however much to look forward to with consumers having more disposable income but perhaps less confidence than they did in 2015.

Click below to request your copy of the H2 2015 Retail Health Report Summary: ‘Restructure and Recovery’